Day 6 of my round-Europe train trip – 9 countries in total, from Germany to Switzerland via a very roundabout route – puts me in Zagreb, capital of Croatia.

It’s a lazy two-and-a-half hour trundle along the river from Ljubljana, but I saw precious little of the scenery on account of the other carriage inhabitants insisting on the sun-blind being down for the entire journey. So I nipped up to the carriage lobby and snapped a pic or two of what looked like a rather breathtaking view.

The good news is, on arrival in Zagreb the temperature dropped from a steamy 34 degrees to a more manageable 27 degrees. The bad news is that it has been accompanied by thunderstorms and torrential rain, which has rather scuppered the ‘in & out’ concept because ‘in’ has tended to mean sitting in cafes for many hours sheltering from the downpour. ‘Out’ means getting soaked, so apologies for the even more cursory view of Zagreb that you’re about to get. It was always going to be a brief round-up of some sights, bars and restaurants – but now, basically, if you can’t run to it in a straight line from the station, it’s unlikely to make it in.

And what a shame, because it is such a magnificent looking city at first sight (which, for me, this is). Even the station – especially the station – resembles a rather grand palace that would satisfy a Croatian prince, while several other buildings that stretch out down the central gardens very probably are palaces. In the absence of a ‘Do & see’ section, these are just the few photos I took in the straight shot down from the station into the city centre. Note the ominous clouds. 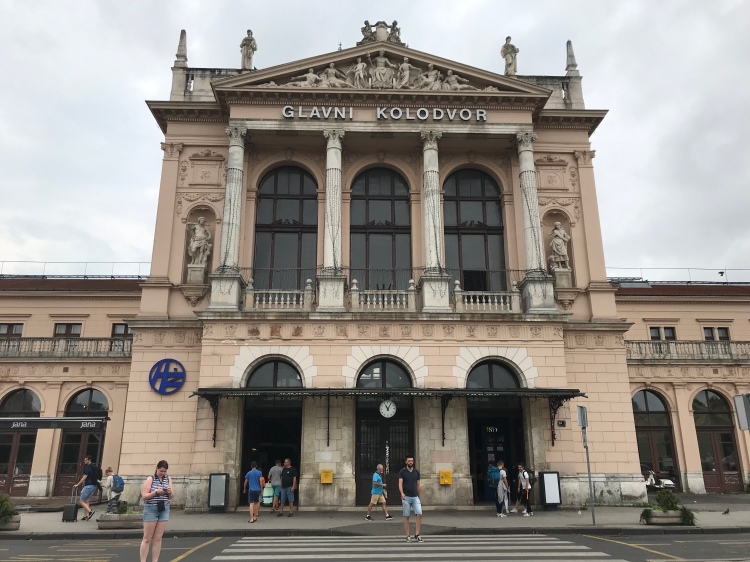 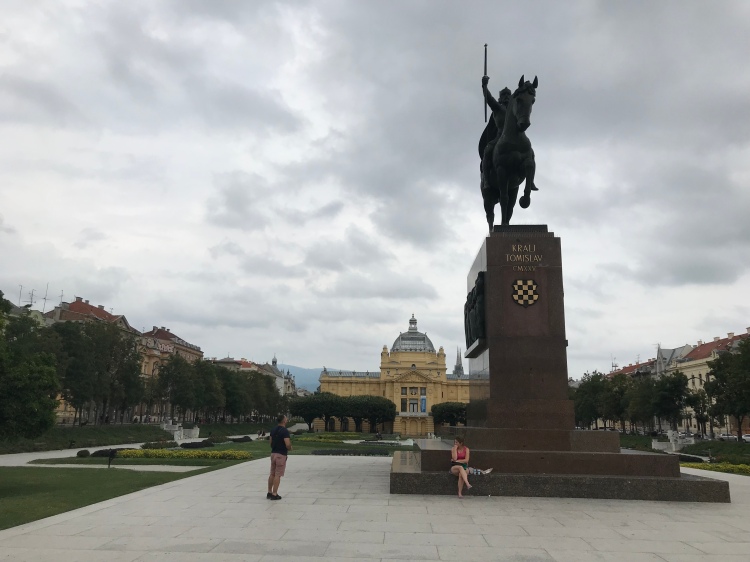 Speak of which, the Zagreb authorities really don’t want you to get lost, do they? That is more signposts than you can shake a stick at. 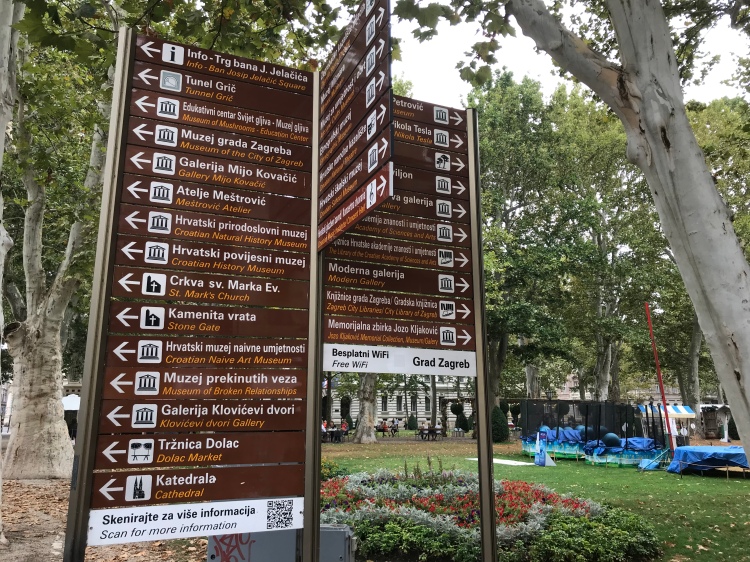 Always time to find a bar though, and right on the central gardens and through an unassuming doorway in a crumbling, tree-planted courtyard is the rather delightful Bacchus Jazz Bar. The biting insects were out in force, sensing the change in the weather, but I applied a pint of IPA beer which seemed to keep them off. 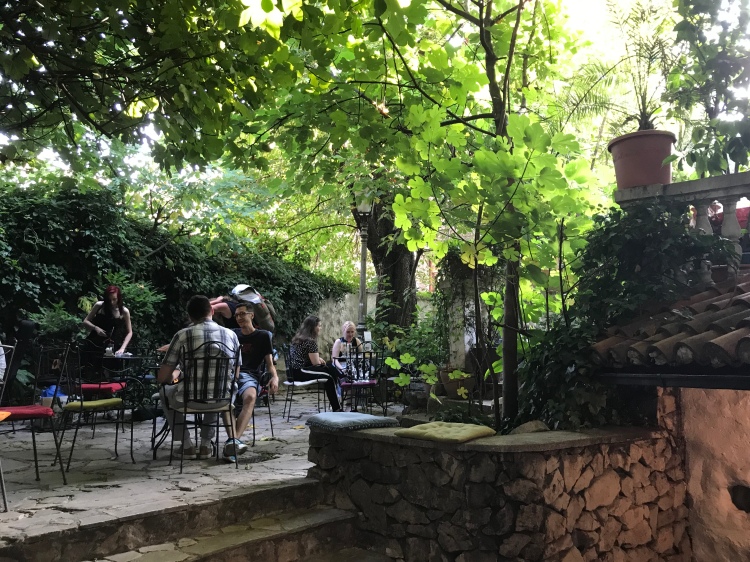 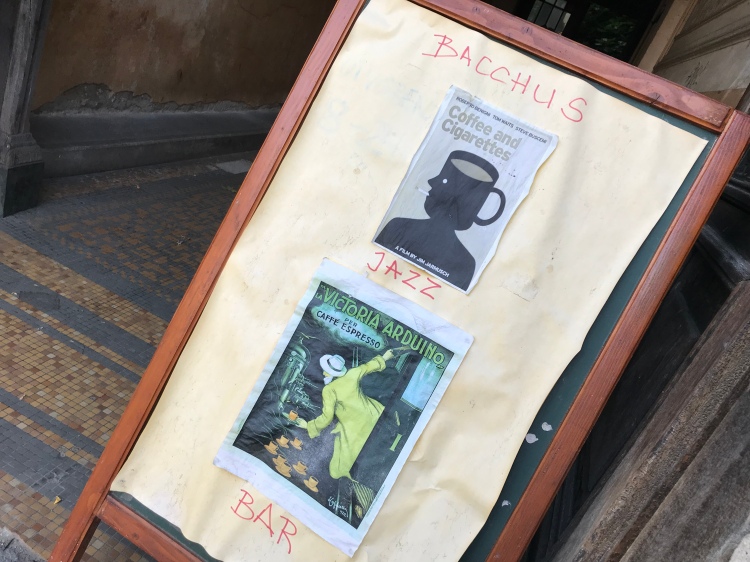 And then this gem, which to be honest was an emergency pick once the heavens opened but turned out to be a brilliant choice. Two backpacking Sri Lankan brothers chose to open this little hole-in-the-wall restaurant on Zagreb’s food alley, and the food is great – spicy fried rice, coconut curries, warm dhal soups, all served with a real charm and warmth. At one point, one of the owners was holding up the awning – bulging dangerously under the weight of collected rainfall – so that we could all finish our meals without getting soaked. In case you are wondering, there is no rice dish that can’t be improved by plonking a fried egg on it, in my opinion. 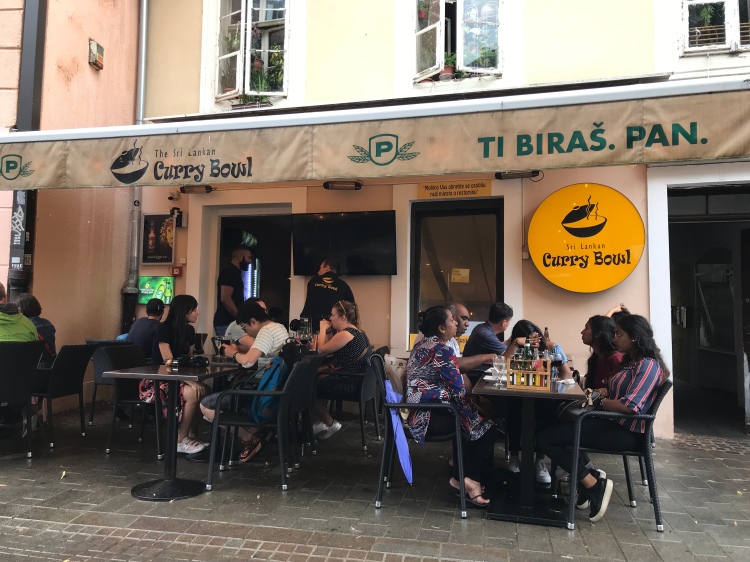 And that’s it from Zagreb – this is one place that I really will have to come back to, given how little of it I managed to see. But the night train to Zürich awaits, 15 hours of trans-alpine travel through Croatia and Austria, depositing me – with any luck – at the Swiss station of Sargans tomorrow morning, departure point for the short bus ride to Lichtenstein. It’s the only time in the entire trip that I’m taking a bus instead of a train, but it’s allowed if I am to tick off yet another tiny European nation (to add to those I’ve already done in the past – Vatican City, Andorra, Monaco, Isle of Man).

I am out of here, next stop Lichtenstein, see you there!