They call it the most beautiful sea voyage in the world, which is some claim. But it’s probably true and it’s probably not where you think.

The Hurtigruten – ‘express route’ – coastal steamer departs daily from Bergen, the ‘Fjord Capital’ of western Norway, and runs along the western and northern coast to Kirkenes, close to the Russian border – a 12-day, 1,500-mile round trip with stops in 34 ports. 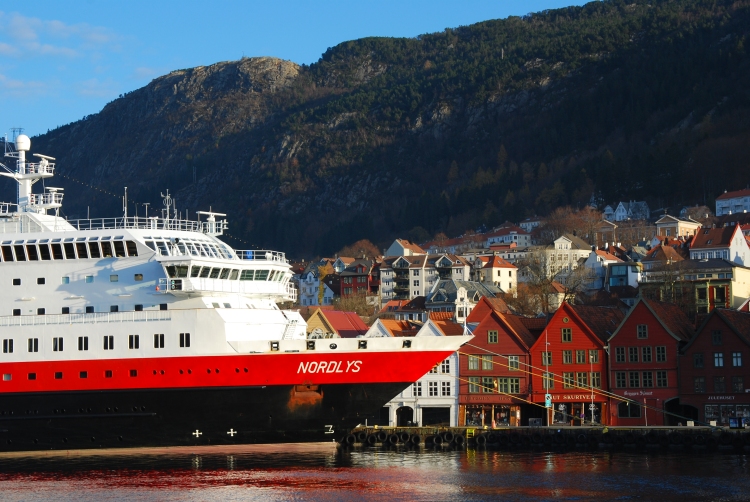 Shining waters,  Midnight Sun, Northern Lights and Arctic Circle – it’s a serious cruise in extreme landscapes, and a world away from rum punch on the Captain’s table in the Caribbean.

Historically, the route has been a lifeline for some of the most isolated communities in mainland Europe, with ships running north and south along the Norwegian coast since the 1890s. My ancient Baedeker’s guide to Norway, on wafer-thin paper and bound in red leather, talks of the reliability and excellence of the service, even in the early days of the 20th century.

During winter, the daily coastal ships still constitute the only transport and freight link to many small towns, as a glance at the cargo cranes on deck confirm.

Northern Norway’s cities too are on the schedule. Trondheim, one of the most important trading ports in the medieval world; Tromsø, capital of the north wit 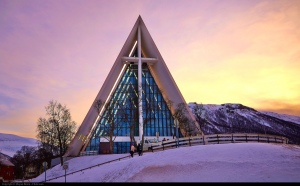 h its Arctic cathedral; and Bodø, just north of the Arctic Circle.

These are places that get the Midnight Sun in June and July – and no sun at all in December and January. They are cities on the edge of all that is comfortable and familiar, as exciting as the Arctic landscapes that lie beyond.

The North Cape – the northernmost accessible point of mainland Europe – has been a pilgrimmage site for over 300 years, and a Sami sacrificial site long before that. The ships only sail around the Cape when the inalnd roads are blocked by snow. During the summer you ride the last 30 kilomtres by bus instead, along a winding plateau road where snow patches still hug the hillside and herds of reindeer graze.

From the Cape the ship swings eastwards and reaches the permanently chilly town of Kirkenes. Here, hard by the Russian border, you’re 250 miles north of the Arctic Circle and as far east as St Petersburg and Istanbul. I spent a couple of hours before the ship turned round, walking the plain streets, hands in pockets, cold breath steaming in the air – in August.

The return journey puts you back in the fishing and natural gas port of Hammerfest for a while – the world’s northernmost town and (so they say) the first ever place to be lit by electric light.

Further west lie the glorious Lofoten islands, where fishing has been a way of life for centuries – 3,000 local fishermen still haul in huge catches of cod every winter and spring, and maintain their  thousand-year-old tradition of building ‘rorbu’, fishermen’s wooden huts, over the water. 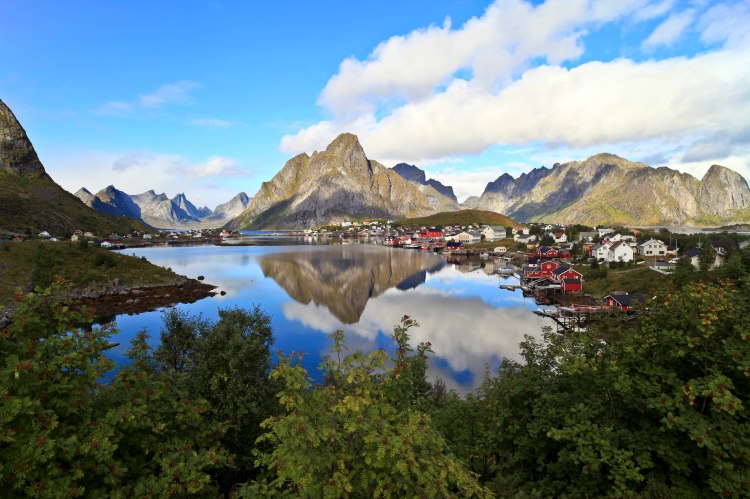 Fjords and fishing villlages, small harbours and swirling mist, sea glaciers and salmon rivers – you get all these on a working cruise line, but no on-board swimming pools and table magicians. It’s an amazing way to experience some of the most spectacular scenery on the planet, jumping from harbour to harbour on the Norwegian coastal express. 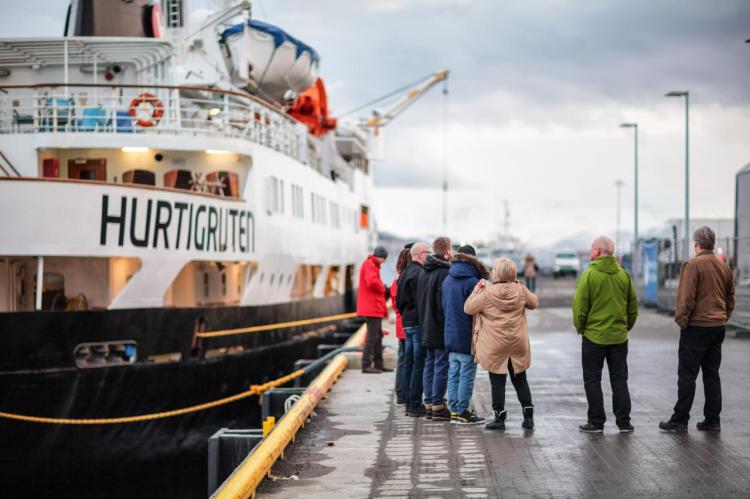 Full details, and some amazing photos, on the Hurtigruten website.