If you’re British, chances are you’ve never been to Hull; if you’re not from from the UK, you’ve probably never heard of it. Reputation, see – poor old ‘Ull, a city forever on the edge, stuck to the mud of the Humber estuary, bombed and blitzed as badly as London during World War II, dependent on a declining fishing industry, and then abandoned by successive governments as austerity bit deep and then carried on biting. Straight in at #1 in ‘Crap Towns: The Fifty Worst Places to Live in the UK’ (an actual 2003 publication). Why would you go? Reputation’s a bitch.

It’s all nonsense of course. The UK’s proud City of Culture in 2017 has tons to recommend it, and if you’re put off by reputation alone I can do nothing for you.

This is the political hotspot that declared for Parliament and defied the King in the English Civil War – basically, locked its gates and told him to stuff off. The ethical birthplace of William Wilberforce, the man who put a stop to the British slave trade. The cultured city that put a statue of a poet – Phillip Larkin – in its railway station and then brought one of his most noted poems to life by scattering giant sculpted toads across its streets and public spaces. The musical hometown of Bowie’s ‘Spiders from Mars’ – yes, actual Bowie’s actual backing band – not to mention The Housemartins (debut album, ‘London 0 Hull 4′), The Beautiful South and Fine Young Cannibals. The city with enough emotional intelligence to make its most striking monument not one to politicians or royalty but to its lost, drowned trawlermen. The only place outside London that has hosted art’s Turner Prize. The location of a world-class aquarium with both massive sharks and baby penguins, though not in the same tank, that would be mad.

Clearly, I urge you to go to Hull, that goes without saying. I can hook you up with some great cafés and restaurants, while the Old Town pubs are like proper English pubs used to be before hipsters brewed beer from socks and sold it in mash-ups of 1950s’ diners and Bangkok brothels.

People from Hull are also funny, generous and welcoming, and not just because they can’t believe that they’ve spotted a tourist. They are also blunt, mind. My favourite Hull Twitter follow-ee – provoked by one of those random Twitter questions, ‘describe your Twitter feed in five words or fewer’ – simply tweeted ‘Mostly bollocks and swearing’.

There’s a spiffy marina, and the city museums – excellent, without exception – are all free. Meanwhile, down on Humber Street, which just used to be old abandoned fruit and veg warehouses, there are are now artisan chocolates, cafés with avocado toast, fancy restaurants and a contemporary art gallery. In Trinity Market, there’s a pop-up food space where you can grab Sicilian arancini and a single-estate coffee; and if you ask around you’ll be directed to both England’s narrowest window and its greatest street name.

Proper city then, with plenty to see and do. If you’d consider a city break to Liverpool, Newcastle or Bristol, then Hull shouldn’t be too much of a stretch.

What there isn’t so much of, however, is what was once Hull’s pride and glory – a medieval, Georgian and Victorian streetscape that rivalled that of the far more celebrated York. It coulda had class, coulda been a contender, coulda been somebody, but the bombs ripped out its heart – an extraordinary 95 percent of Hull’s housing was destroyed or damaged during World War II, as the city’s docks and industry, vital to the war effort, were pounded night after night.

Yet shouts of Georgian grandeur and Dickensian whispers still echo through the Old Town, and if you turn your filter to ‘Noir’ you get a teasing glimpse of how high-flying ‘Ull once twitched its petticoats – out on the edge, stuck to the mud, but proud as ‘ell. 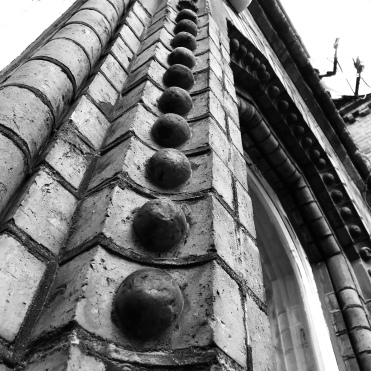 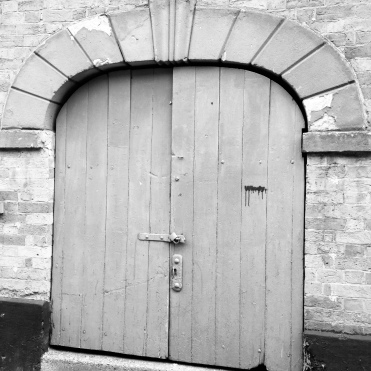 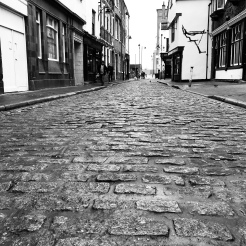 Then why not sign up for my (roughly monthly) newsletter, where I’ll bring you exclusive news about my travels, books and other projects.

12 thoughts on “Filtering out the present in high-flying Hull” 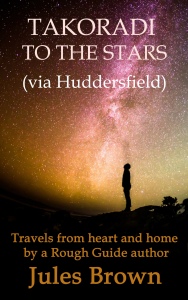