Ljubljana – 754 miles into the trip

Day 5 of the summer train trip = Slovenia, which is a new country for me, which means my ‘been’ app has jumped me up to 57% of Europe visited, though obviously I am still smarting over the break-up of Yugoslavia which has basically required me to visit 7 new countries. But I see that I must let that lie.

Anyway, Ljubljana might just be my new favourite place – and I thought that long before I actually arrived, given how much of a joy the train ride here turned out to be. The sunflower fields and pine-clad valleys of Austria turned into the rolling pastures and alpine villages of Slovenia, before flattening out with a final run alongside a deep green river that flowed right into the centre of Ljubljana.

The dining car – my dears, the dining car! – was unfathomably deserted, which meant that I could drink black coffee and eat fruit salad (tinned fruit, squirty cream, don’t judge me), gaze out of the window at undeniable loveliness and think that Life is Great. Obviously, I could do that too in a full dining car, but then people would have heard me saying loudly, repeatedly ‘Life, you know, really is Great and I am Very Lucky’ – with special emphasis on all the capitalised words, as the carriages rolled clackety-clack through Slovenian serenity.

Funicular to the castle

Can’t resist a funicular me, and this one runs up the improbably steep hillside to the fairytale castle overlooking the pint-sized capital. You might be tempted to walk up, but for €4 return, why would you? I’ll tell you where you can save your money though – don’t be tempted by any of the castle museum ticket deals, and just stick to the funicular. You still get to walk in the castle courtyard and take in the view from the ramparts, which is really all that’s required. The castle may represent centuries of Slovenian history but it’s been over-prettified and Disneyfied – Jazz Club! Puppetry Museum! Theatre! – and instead you can use the money you saved on a €10 river cruise once you get back down the hill.

Is there a finer city riverside in Europe? I’m not sure there is, it’s utterly delightful. Dragon Bridge, Triple Bridge (basically, three criss-cross bridges in one), Butcher’s Bridge, all supremely photogenic. Shady walks. Market stalls. And dozens of cafes and bars – the city’s ‘lounge’, they call it – with the best seats in town. It really doesn’t matter which you pick. Is it touristy? Well yes, in the sense that there are tourists here, but the overwhelming sense is of a city that knows the value of sitting down with a beer and a coffee at some point during the day. Any of the cruise boats do the same job, incidentally – a 45-minute chug up and down under the bridges, nudging out to the willow-draped riverside suburbs with the distant alps rising behind. 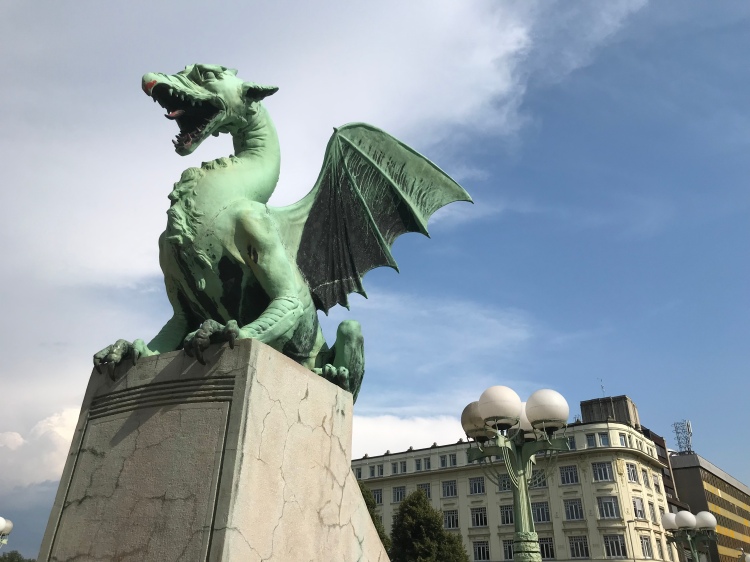 I’m staying in a prison (no really, Hostel Celica) and, rather than walk into the city centre, they recommended I go around the corner to the Valter grill-house. ‘It’s Serbian’ they said, as if that should explain something and I nodded and said sure, why not. It was a tree-shaded yard in front of a non-descript building, heady with the scent of charcoal, and I ordered the mixed grill, because that seemed the done thing, and now I am basically Serbian. There were endless little kebabs, and a cheese-stuffed burger-type thing, and sausages that were a cross between a chorizo and a hot dog, and ochre-coloured pepper relish, and french fries, and chewy flat bread that resembled an Ethiopian injeera, and a dinky brass pot of Turkish coffee, and some Slovenian wine. The bill, if you can call it a bill, came to €15. This was worth the six-hour train ride from Vienna, so if you have to walk up 15 minutes from the centre of Ljubljana, I strongly suggest you do it – or just get banged up for the night at the Celica so you’re on the doorstep. 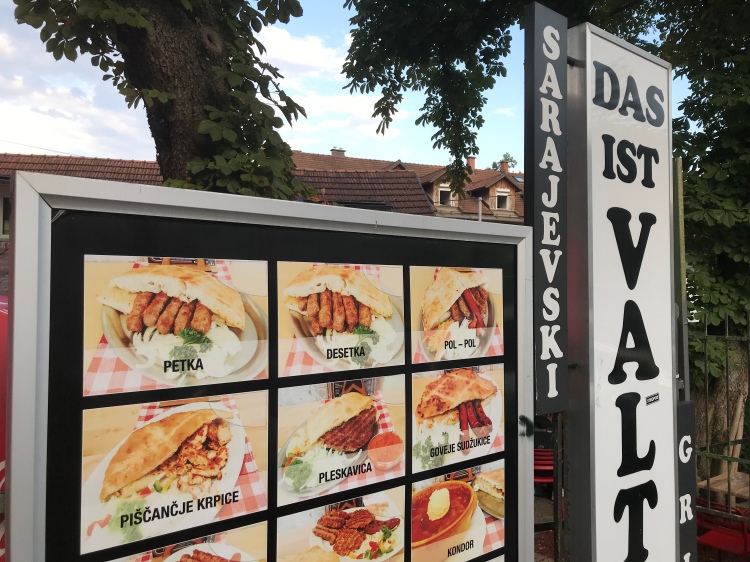 And that’s it from Ljubljana – the prettiest little capital imaginable, and the only place on the tour so far that I can say, with some honesty, I think I saw all I needed in the short time I had. But I’ll be back, if only for that grill house, and perhaps to venture further into the green-clad mountains that loom tantalisingly on the near horizon.

I am out of here, next stop Zagreb, see you there!